As we always try to emphasize in one form or another, we want to start this week's blog off by reminding you that coffee is meant to be enjoyed your way. Just like with your go-to guilty pleasure Spotify shower playlist, it’s not our job to tell you what’s wrong or right, and that’s especially true in the coffee world.

However, when it comes to coffee brewing, the internet can be an intimidating place for someone with an eager mind: there are so many ways to source, process, roast, grind, and even brew beans that the average cup a’ joe might instinctively stick to their normal routine without ever venturing to try something new.

That’s why, by doing the tedious researching and writing of this topic for you, we wanted to start the first of many blog posts that break this often-ignored barrier of entry in the coffee world and cover only the most important facets of coffee history you need to know. 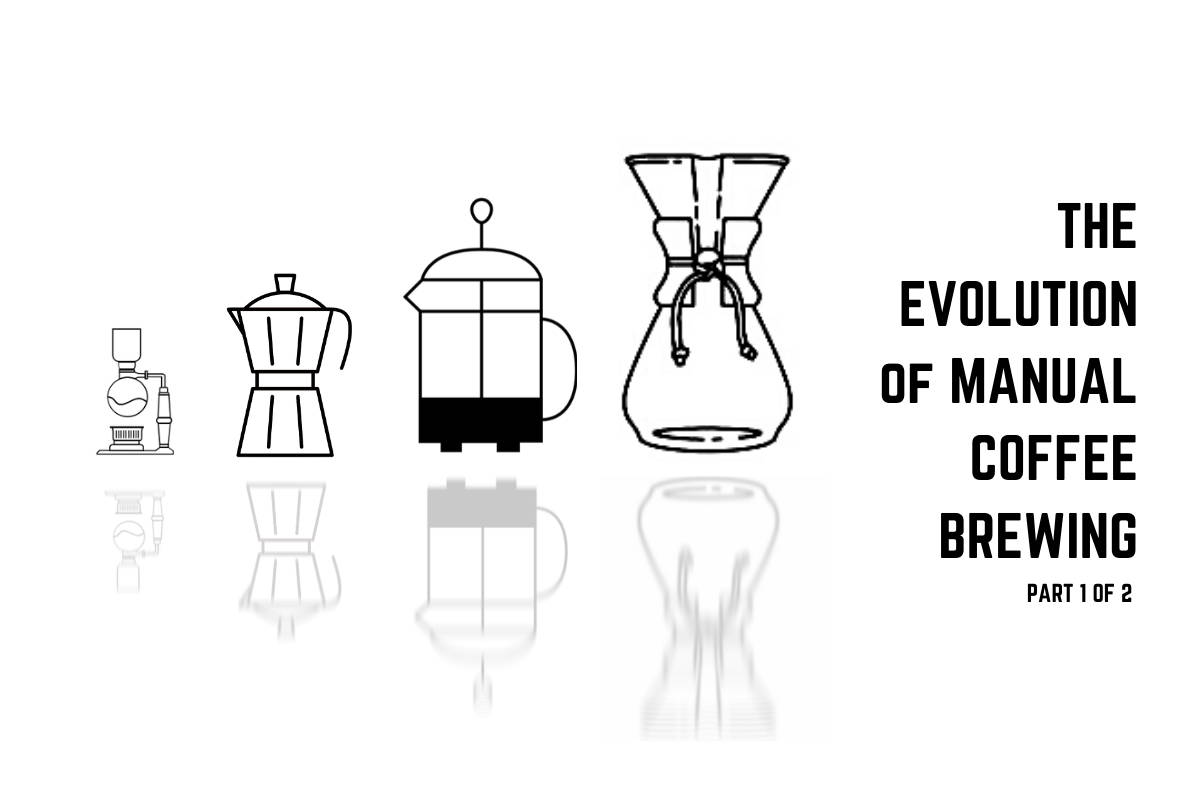 Before we kick this thing off, it’s probably important to clarify what “manual” brewing actually is. In short, if you can’t flip on a button and walk away while your coffee is brewing, then it’s definitely manual labor—a.k.a., “manual brewing.”

Seeing the coffee, at the very least, has been around since the 15th century, the idea of manually brewing coffee is as fundamental to coffee’s origin story as the legend of the dancing coffee goats. In another sense, manual brewing has seen a resurgence in the last few decades during the rise of specialty coffees, and that really excites us here at Alma Coffee.

So, go ahead and brew up your favorite cup of coffee—manually or in a drip machine—and sit back as we walk you through the evolution of manual brewing in coffee culture.

The First of the manual brews

Honestly, the first 400+ years of coffee’s induction into European history is shrouded in the mysteries of ancient aristocracy.

There’s a LOT of speculation, if you could imagine, from prominent scholars who make a living arguing about this obscure facet of coffee history; but, the truth of the matter is that nobody really knows why coffee became so popular so quickly across Europe.

Although many historians (including William H. Ukers) speculate that the coffee cherry has its roots in Ethiopia, it’s still unclear how it became a commodity amongst traders who, eventually, introduced it to the nobles of the Ottoman Empire. 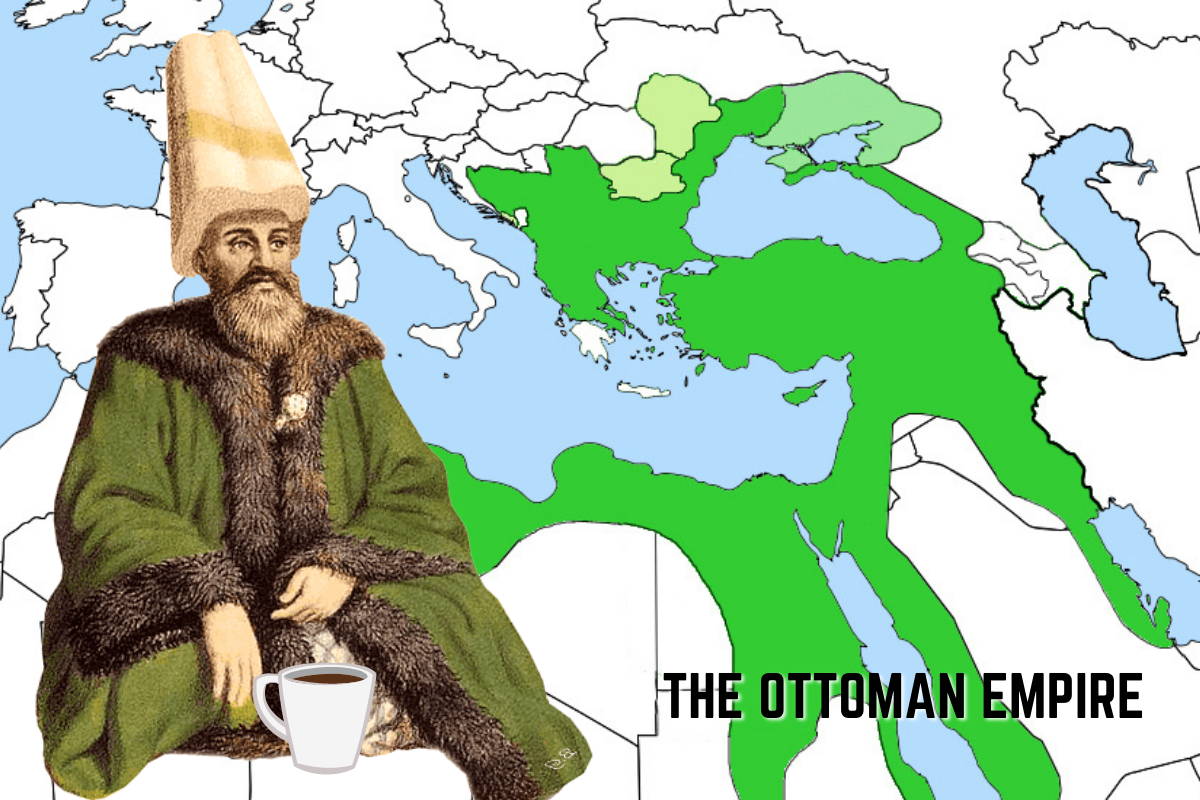 However, during this time, coffee brewing was usually treated in similar vain to loose-leaf tea brewing in which coffee was ground course, put inside of a mesh chamber or directly within a cup, and then mixed with boiling hot water until the coffee drinker deemed it was strong enough to enjoy.

One of these days we’ll dedicate an entire blog post to this mysterious time in coffee history, but for now let’s fast forward a few hundred years to the induction of the first patented and (arguably) successful manual brewer:

The precursor to what would eventually become the modern coffee syphon, commonly referred to as the “French Balloon,” is the French glass vacuum brewing device, which was likely the first patented manual coffee brewing device in history.

The best sources we could find on this particular device credit a French woman by the name of Mme. Jeanne Richard with the official patent in 1838, although several iterations of this device were then copied or re-designed by other inventors in the same time period. 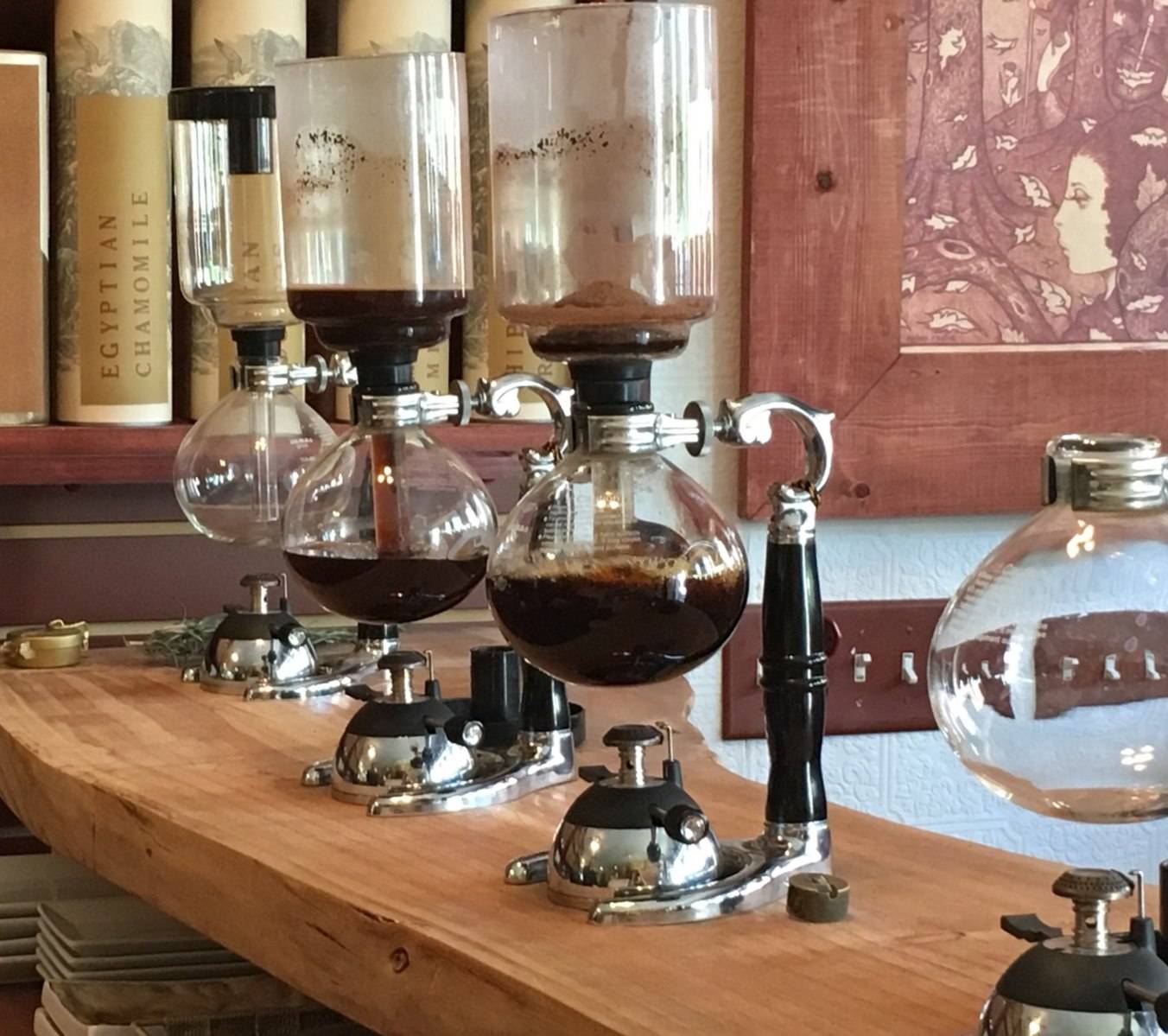 Similar to the design of a modern camping or stove-top percolator today, the basic design principle was to boil water in a device that held coffee grounds near the top where, after mixing with the rising steam, would slowly brew coffee to the desired strength of the drinker.

This device in particular was instrumental in moving European coffee drinkers away from immersion brewing an into drip or “pour-over” brewing.

Now, if you are someone who really enjoys coffee or even if you’re just now getting into the wonderful world of coffee, you may already understand that the different methods of coffee preparation can enhance or dampen certain aromas in any roast.

This might have been understood by some during this time, but the French Balloon was definitely the straw that broke the metaphorical camel’s back in coffee culture: the latter half of the 19th century would see an explosion of coffee-related patents that, in turn, would spark the humble beginnings of coffee’s “first wave” at the turn of the century.

The first *actually* successful manual brewing device, at least from a commercial standpoint, is without a doubt The Mokka Pot.

Before you think, “wait, how is this the Mokka Pot manual brewer, don’t you just put it on the stove and turn it on?”, we want to say that, yes, you do, and yes, we kind of agree with you; but, we included it here for one very important reason: it takes actual skill to master/use.

You see, the Mokka Pot is described by many coffee fanatics in wider coffee culture as “the closest thing you can get to espresso without actually owning an espresso machine.” Unlike a percolator, this cleverly engineered brewing device passes steam through the finely ground beans and into a separate chamber pot. 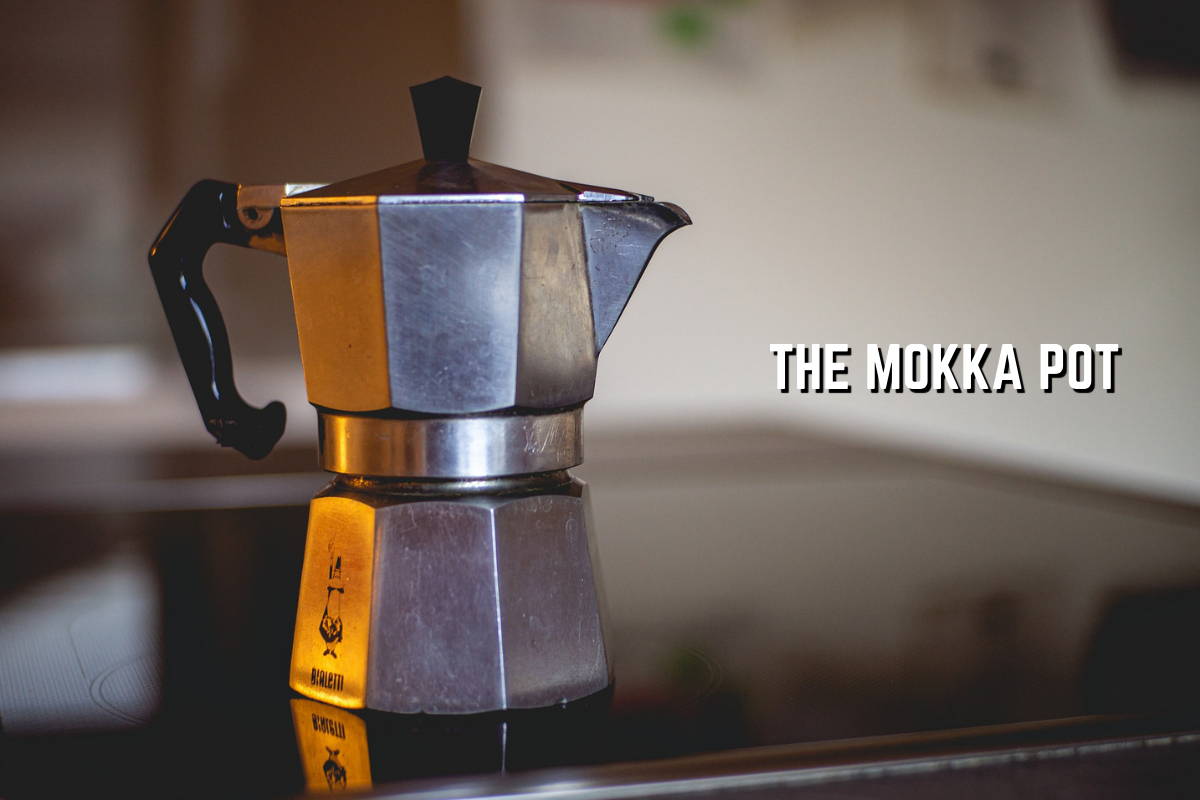 This design allowed coffee drinkers to control never-before-controllable aspects of coffee brewing such as the grind to water ratio and extraction time.

Despite being introduced and popularized in Italy by a man by the name of Alfanzo Bialeti, the ease of The Mokka Pot compared to previous brewing devices is often credited with sparking international fervor for at-home manual and automatic coffee brewing devices.

Around the same time that the Mokka Pot was making Italian coffee a known staple of culture, two other coffee fanatics inside the borders of Italy were working tirelessly to perfect what would soon become the French Press. 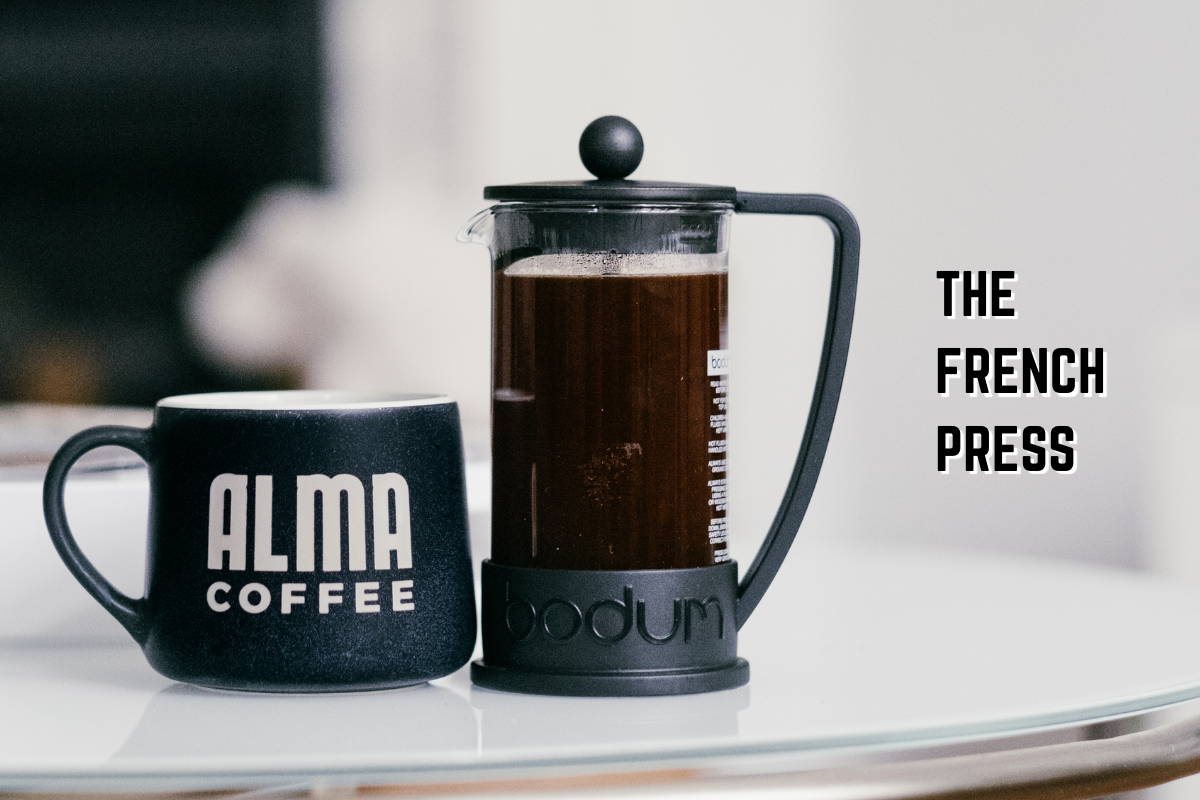 In 1929, Attilio Calimani and Giulio Moneta patented a design for a coffee maker that resembled the French Press you may know today, but it wasn’t until 1958 that the modern design was perfected by a Swiss man by the name of Faliero Bondanini (Source: Perfect Daily Grind).

The French Press took everything good that people used to do before the 18th century when brewing coffee via steeping/immersion, analyzed the strengths and weaknesses of this methodology, and then made a device that cleverly omitted the hassles of immersion brewing.

Even to this day (outside of the AeroPress that we’ll be covering in pt. 2 of this blog series), the French Press is the go-to method for immersion brewing for the same reasons that it took the coffee world by storm in 1958.

We’ll end this week’s blog with a device that really puts the “manual” in manual brewing (in a really, really good way), and that’s because it really is the first manual brewing device that moved coffee drinkers away from the popularity of immersion brewing.

The Chemex, not to be confused with the V60, is the first patented and commercially viable pour-over method in the coffee world.

First introduced at the 1939 World’s Fair by German inventor and chemist Peter J. Schlumbohm, the Chemex works by passing near-boiling water through a cone-shaped bed of coffee which rests on a specially designed filter; this filter is roughly 30% heavier than other normal coffee filters, and that allows the water to rest with the coffee a bit longer than other drip or pour-over methods. 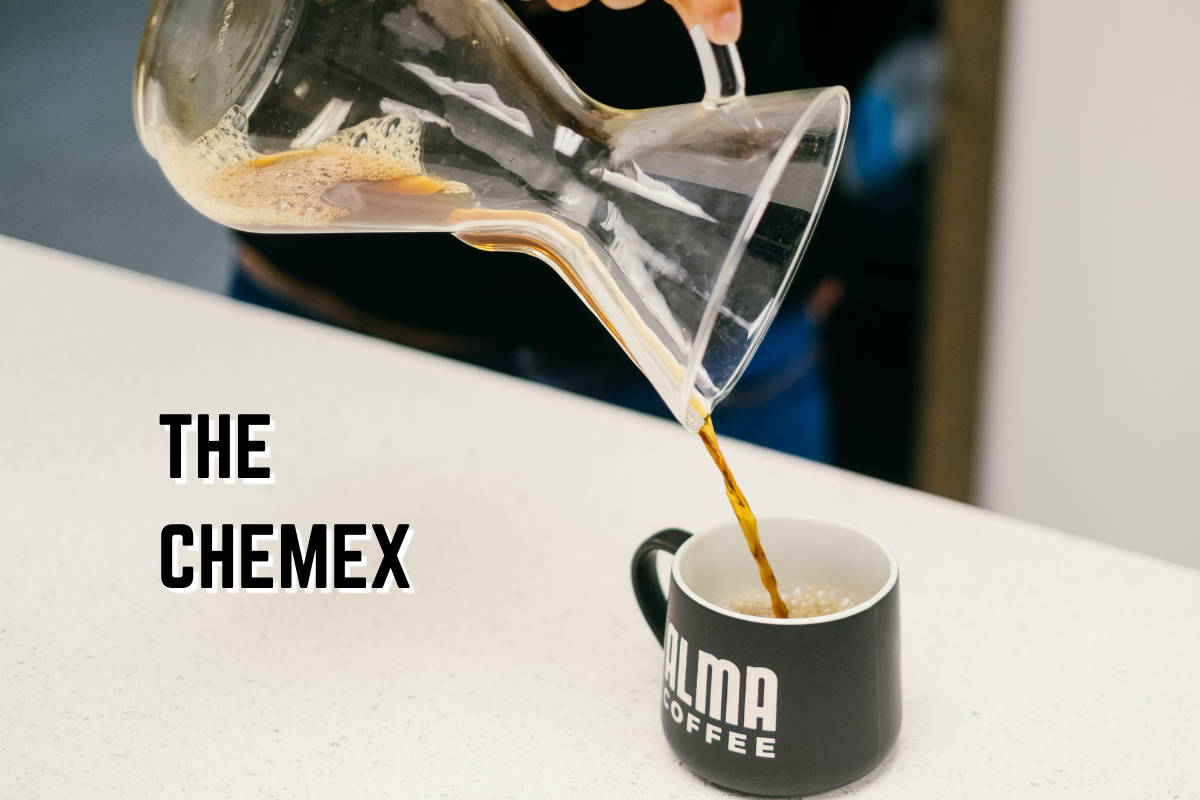 As a chemist, Schlumbohm designed, named, and marketed the Chemex to match his professional ethos. With a crystal clear glass mold, the Chemex really does feel highly scientific and important each time you use it, and the design allows for a lot of margin of error when trying to find the perfect extraction times.

Wow, we honestly had no idea how dense this topic would be until we started researching it—be sure to subscribe to our newsletter and check back for our part 2 follow up, there are so many other groundbreaking manual brewing devices we will cover next time!

On a side note, if you are interested in more than just the history of these devices and want to also learn how to use them, we started a brew guide series that does exactly that! We recently covered the French Press, but will definitely cover the other manual brewing devices you read about today in the near future.

If you’ve ever used any of the devices we’ve talked about today, we’d love to hear from you in the comments! What’s your favorite and why?